For years I have hoped that someone would disentangle Sommerfeld’s role in the Mexican Revolution. You have done that and much more – utilizing a most impressive range of archival sources. “In Plain ... Read full review

I bought this book for a friend so I have not read it but...He loved it! He's a major history nut, thought it was very well written, was impressed with all the research, learned things he didn't know and loved the writing style!
Totsie Slover

Heribert von Feilitzsch grew up in Germany, only yards from the East German border, the "Iron Curtain." In 1988 he came to the United States as a student. Fascinated with the Mexican-American border, he pursued a Masters Degree in Latin-American History with focus on Mexican-German-American relations at the University of Arizona. The Mexican-American border, devoid of self-shooting machines and mine fields, still constitutes a barrier that divides two cultures, two distinct national identities, and creates a complicated economic and political framework worth studying. While pursuing a business career in later years and adding an MBA from Wake Forest University, he remained committed to writing about the Mexican-American border. After twenty years of painstaking original research in the U.S., Mexico, and Germany, von Feilitzsch authored four books on the German naval intelligence agent Felix A. Sommerfeld and the German secret service in the United States between 1914 and 1917. He lives on a farm in Northern Virginia with his wife and children. 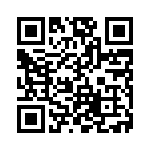