Alan George gained his PhD, on Syria, at Durham in 1978. Since 1984 he has worked as a freelance journalist and researcher, contributing to a wide range of UK and international publications including the Observer, the Independent and the Guardian, and commentating on Middle Eastern affairs for radio and television. He is a former assistant director of the Council for the Advancement of Arab-British Understanding (CAABU), of whose Executive Committee he has been a member for many years. He has visited Syria repeatedly since 1967.He is the author of Syria: Neither Bread nor Freedom (Zed 2003) 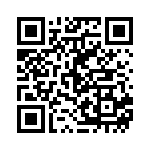