This economy is epic, lets get it to 5 stars

Karl Heinrich Marx, one of the fathers of communism, was born on May 5, 1818 in Trier, Germany. He was educated at a variety of German colleges, including the University of Jena. He was an editor of socialist periodicals and a key figure in the Working Man's Association. Marx co-wrote his best-known work, "The Communist Manifesto" (1848), with his friend, Friedrich Engels. Marx's most important work, however, may be "Das Kapital" (1867), an analysis of the economics of capitalism. He died on March 14, 1883 in London, England.

Frederic L. Bender is Professor of Philosophy and Chairman of the Philosophy Department at the University of Colorado, Colorado Springs. He is the author of The Betrayal of Marx, and editor of Karl Marx: The Essential Writings. 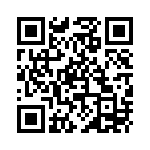