Russ Christensen has spent over four years with the Pa-O in the Mae Hong Son area of northern Thailand. Sann Kyaw, and ethnic Pa-O, completed two years at the University of Mandalay before the universities were closed in 1988. 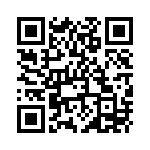