Tom Prisciantelli spent many years driving and researching the American Southwest and documenting those geologic and archaeological facts he found most interesting and accessible via hiking trails. His first exposure to geology was in the mid-1960s while attending college in New Mexico where he graduated. After a two-year stint in the Army, he moved back and forth between the East Coast and Southwest. Having spent most of his working life in the computer field, he started his own contracting business, eventually leaving it in order to actualize his dream-to travel and learn about the land. This book is a result of that dream and the desire to share it. 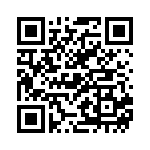