Steven G. Krantz received the B.A. degree from the University of California at Santa Cruz and the Ph.D. from Princeton University. He has taught at UCLA, Princeton, Penn State, and Washington University, where he has most recently served as Chair of the Mathematics Department.

Krantz has directed 18 Ph.D. Students and 9 Masters students, and is winner of the Chauvenet Prize and the Beckenbach Book Award. He edits six journals and is Editor-in-Chief of three.

A prolific scholar, Krantz has published more than 55 books and more than 160 academic papers. 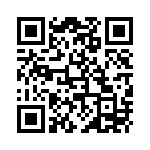