He received an Alexander von Humboldt Foundation Research Fellowship and researched at Fraunhofer Institute, Berlin, Germany, from 2003 to 2004. In 2006, he received a European Commission Program Erasmus Mundus Scholarship and researched at the University of Edinburgh, Scotland. He received the Faculty Award from IBM in 2007 for his contribution to machine learning under non-stationarity, the Nagao Special Researcher Award from the Information Processing Society of Japan in 2011, and the Young Scientists' Prize from the Commendation for Science and Technology by the Minister of Education, Culture, Sports, Science and Technology for his contribution to the density-ratio paradigm of machine learning.

His research interests include theories and algorithms of machine learning and data mining, and a wide range of applications such as signal processing, image processing, and robot control. He published Density Ratio Estimation in Machine Learning (Cambridge University Press, 2012) and Machine Learning in Non-Stationary Environments: Introduction to Covariate Shift Adaptation (MIT Press, 2012). 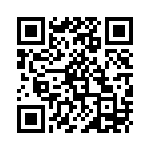