Udo Wiesmann was Professor of Chemical Engineering at the Technical University of Berlin (Germany) from 1971 - 2003. He changed his field of work from of the topic of Fuel Technology (1961-1968) to Reaction Engineering (1968 - 1972) and then to Environmental Engineering (1972-2005). His research centered on Biological Wastewater Treatment. His special interest was in kinetic studies of bacteria growth and substrate removal from wastewater and reaction engineering investigations. He has published some 130 scientific papers and presented lectures in six different fields of environmental engineering. Professor Wiesmann was speaker of the German Cooperative Research Program SFB 196 "Biological Treatment of Industrial Wastewater" during 1991-1996 and served in work groups on environmental technology and committees of technical and scientific journals on several associations.

Eva-Maria Dombrowski is Professor for Biochemical and Chemical Engineering at the Technische Fachhochschule Berlin (TFH, University of Applied Science), Germany. She studied Chemical Engineering at the Technical University of Berlin and obtained her PhD researching the sedimentation of activated sludge. She spent eight years as a staff scientist at the State Environmental Agency in Berlin in the field of treatment of inorganic compounds of exhaust gas and the water emission situation before being named professor for Biochemical and Chemical Engineering in 1996.
Professor Dombrowski's research is focused on the biological treatment of wastewater and solid waste. Since 2001 she has been chairman of the Hypatia Program, a post-graduate-program for women at the TFH Berlin. 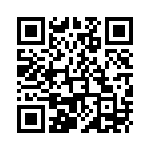