Isabelle Stengers is a Belgian philosopher who has authored or coauthored more than twenty-five books and two hundred articles on the philosophy of science.


Vinciane Despret works at the intersection of ethology and human psychology and is a fundamental thinker in the field of animal studies.

April Knutson is lecturer in French at the University of Minnesota. 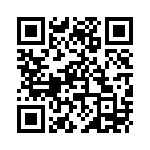