Christopher Brooke is lecturer in political theory and the history of political thought in the Department of Politics and International Studies at the University of Cambridge, where he is a fellow of King's College. 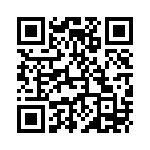