MeeCee Baker, Ph.D., spent over 20 years teaching high school agriculture and supervising student teachers before accepting an appointment to serve in the executive office of the Pennsylvania Department of Agriculture. Dr. Baker was the first female to be elected president of the National Association of Agricultural Educators (formerly known as NVATA), and she was also named Penn State Alumni Fellow. Currently, Baker owns and operates Versant Strategies, an agricultural government relations firm, and lives on a working farm in Central Pennsylvania. She earned her B.S. and Ph.D. from Pennsylvania State University, and her M.S. from University of Delaware. 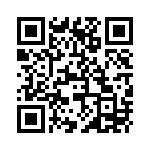