Lester K. Spence is an associate professor of political science and Africana studies at Johns Hopkins University. He specializes in the study of black, racial, and urban politics in the wake of the neoliberal turn. An award winning scholar (in 2013, he received the W.E.B. DuBois Distinguished Book Award for his book, Stare in the Darkness: The Limits of Hip-hop and Black Politics) and teacher (in 2009, he received an Excellence in Teaching Award), he can regularly be heard on National Public Radio and the Marc Steiner Show. 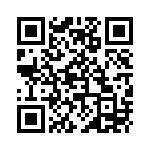