Former U.S. Assistant Secretary of Education Ravitch puts forth a chapter-by-chapter breakdown of what can be done to preserve public school education, making clear what is right with our education ... Read full review

If you are like me and follow developments in education reform, you will be familiar with the many issues Ravitch confronts in this excellent book, but there is plenty here that will enlighten and ... Read full review

Diane Ravitch was born in Houston, Texas, and graduated from the Houston public schools, Wellesley College, and Columbia University. She is a research professor of education at New York University. She was appointed to the National Assessment Governing Board by President Bill Clinton in 1997 and 2001. Ravitch is the author of ten previous books. In 2011, she received the Daniel Patrick Moynihan Prize from the American Academy of Political and Social Science. Ravitch lives in Brooklyn, New York. 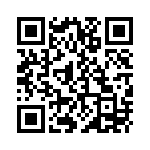