A writer of fantasies, Tolkien, a professor of language and literature at Oxford University, was always intrigued by early English and the imaginative use of language. In his greatest story, the trilogy The Lord of the Rings (1954--56), Tolkien invented a language with vocabulary, grammar, syntax, even poetry of its own. Though readers have created various possible allegorical interpretations, Tolkien has said: "It is not about anything but itself. (Certainly it has no allegorical intentions, general, particular or topical, moral, religious or political.)" In The Adventures of Tom Bombadil (1962), Tolkien tells the story of the "master of wood, water, and hill," a jolly teller of tales and singer of songs, one of the multitude of characters in his romance, saga, epic, or fairy tales about his country of the Hobbits. Tolkien was also a formidable medieval scholar, as evidenced by his work, Beowulf: The Monster and the Critics (1936) and his edition of Anciene Wisse: English Text of the Anciene Riwle. Among his works published posthumously, are The Legend of Sigurd and Gudrún and The Fall of Arthur, which was edited by his son, Christopher. In 2013, his title, The Hobbit (Movie Tie-In) made The New York Times Best Seller List.

As a performer, Barry has opened up and shared space with "New York Times" bestselling authors Wayne Dyer, Gregg Braden, Dannion Brinkley, Neale Donald Walsch, and James Van Praagh and has touched the audiences of Deepak Chopra, Marianne Williamson, and Dr. Michael Bernard Beckwith. He coproduced the Grammy Award-winning track "69 Freedom Special" with Les Paul and wrote ambient music for Shirley MacLaine. Barry has composed and produced for television, film, and major record labels. He is currently performing concerts worldwide and facilitating workshops on utilizing music, sound, and vibration in the healing process. His website is www.barrygoldsteinmusic.com. 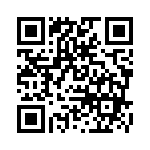