A marked deviation from all of the previous entries in the Mongo series. Grounded in reality - without even a hint of the previously prominent fantastical or supernatural elements that have marked the ... Read full review

George C. Chesbro (1940–2008) was the author of twenty-eight books, including the renowned Mongo Mysteries, starring private eye Dr. Robert Frederickson, aka Mongo the Magnificent. He also wrote the Chant Mysteries and the Veil Kendry series, both featuring characters from the Mongo universe, as well as a few standalone novels. 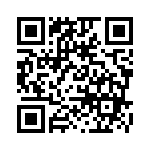