Wonderful book, showing how pandemics are not a new phenomena. The book is contextualized within a historical, social and economic context. I found it so informative on how diseases informed the social world and indeed, our present time.

This book is a good book, but is too old. It's information is not up to date with the world we live in now. I wouldn't recommend this book for someone doing a project or research paper on this subject. I however, am a health care fanatic and love to read books like this, so I enjoyed it.

Page 6 - Nor was this the only form of lawless extravagance which owed its origin to the plague. Men now coolly ventured on what they had formerly done in a corner, and not just as they pleased, seeing the rapid transitions produced by persons in prosperity suddenly dying and those who before had nothing succeeding to their property. So they resolved to spend quickly and enjoy themselves, regarding their lives and riches as alike things of a day.
Appears in 41 books from 1874-2007
Page 4 - ... its ravages ; so that when they succumbed, as in most cases, on the seventh or eighth day to the internal inflammation, they had still some strength in them. But if they passed this stage, and the disease descended further into the bowels, inducing a violent ulceration there accompanied by severe diarrhoea, this brought on a weakness which was generally fatal.
Appears in 19 books from 1874-2007
More
Page 6 - Fear of gods or law of man there was none to restrain them. As for the first, they judged it to be just the same whether they worshipped them or not, as they saw all alike perishing...
Appears in 41 books from 1874-2007
Page 5 - ... this brought on a weakness which was generally fatal. For the disorder first settled in the head, ran its course from thence through the whole of the body, and even where it did not prove mortal, it still left its mark on the extremities; for it settled in the privy parts, the fingers and the toes, and many escaped with the loss of these, some too with that of their eyes. Others again were seized with an entire loss of memory on their first recovery, and did not know either themselves or their...
Appears in 18 books from 1874-2007
Page 4 - In most cases also an ineffectual retching followed, producing violent spasms, which in some cases ceased soon after, in others much later. Externally the body was not very hot to the touch, nor pale in its appearance, but reddish, livid, and breaking out into small pustules and ulcers. But internally it burned so that the patient could not bear to have on him clothing or linen even of the very lightest description, or indeed to be otherwise than stark naked.
Appears in 12 books from 1856-2008
Less 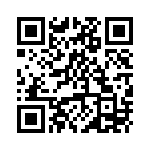