Born in London, Taylor travelled to China for the first time in 1866, aged just four, with his family. He completed his diploma at the Royal London Hospital medical college in 1888, and then followed in his father’s footsteps to become a medical missionary to China. He received Doctor of Medicine from London University and became a Fellow of the Royal College of Surgeons, as well as a Member of the Royal College of Physicians.

In 1889 he accompanied his father to meet Josef Holmgren, the Secretary of the Swedish Mission in China, who invited them over for special meetings. Howard Taylor departed for China from England on 23 January 1890 and was sent to Henan province, where he opened a ministry and undertook significant medical work for the next 30 years, which, at the invitation of Yuan Shikai—a rising political figure who later became President of China—, resulted in a mission station being opened in 1895.

In 1894 Taylor married Mary Geraldine Guinness, a childhood friend from his youth in Bromley-by-Bow in East London. Her father was Henry Grattan Guinness, the famous evangelist and preacher. Together, Dr. and Mrs. Howard Taylor authored several books and, at the invitation of the Student volunteer Missionary Union, made a special tour of the American colleges from 1900-1901.

MARY GERALDINE GUINNESS (25 December 1865 - 6 June 1949), often known as Mrs. Howard Taylor, was a noteworthy British Protestant Christian missionary in her own right, with a love of writing. She joined the CIM in 1888 and became one of their key biographers. She served in Henan before they were married and was already the author of a few books, including “The Story of the China Inland Mission” and “In the Far East”. 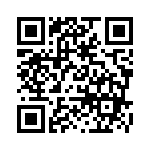