Peter Lehman is Director of the Center for Film, Media andPopular Culture at Arizona State University, Tempe. He is author ofRoy Orbison: The Invention of an Alternative RockMasculinity (2003) and Running Scared: Masculinity and theRepresentation of the Male Body, New Edition (2007), and editor ofPornography: Film and Culture (2006). He is former presidentof the Society for Cinema and Media Studies.

William Luhr is Professor of English at SaintPeter’s College. Among other works, he is author ofRaymond Chandler and Film (2nd edn., 1991), editor TheMaltese Falcon: John Huston, Director (1995), and co-editor ofScreening Genders (2008). He is Co-Chair of the ColumbiaUniversity Seminar on Cinema and InterdisciplinaryInterpretation. 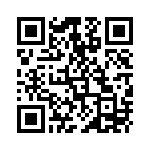