Paul Dirac, a British theoretical physicist, was a central figure in the development of quantum electrodynamics. For example, he introduced important concepts, such as magnetic monopole and electron spin, and predicted the existence of antiparticles. Dirac was well known for his creativity as a graduate student in the 1920s. After reading Werner Heisenberg's first paper on relativity in 1925, for example, he promptly devised a more general form of the theory. The next year, he formulated Wolfgang Pauli's exclusion principle in terms of quantum mechanics. Specifically, he formulated useful statistical rules for particles that obey the Pauli exclusion principle. He received his Ph.D. in physics from Cambridge University in 1926. Dirac's most important contribution occurred in 1928, when he joined special relativity to quantum theory. His theory of the electron permitted scientists to calculate its spin and magnetic moment and to predict the existence of positively charged electrons, or positrons. (Positrons were observed in 1932.) In 1933 Dirac shared the Nobel Prize in physics with Erwin Schrodinger for his theory of the electron and prediction of the positron. Dirac's theoretical considerations in predicting the positron were sufficiently general to apply to all particles. This constituted an argument for the existence of antimatter. In later years, Dirac worked on "large-number coincidences," or relationships that appear to exist between some cosmological constants. He also taught mathematics at Cambridge University from 1932 until 1969. From 1968, when he retired from Cambridge, until his death in 1984, Dirac was a professor at the University of Florida in Tallahassee. 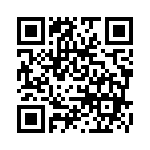