A valuable reinterpretation of Russian history in the light of the dissolution of the Soviet empire, by Hosking (History/University of London). His theme is that the building of the empire obstructed ... Read full review

Although at first blush, Hosking's book may seem like just another surey of Russian history, it is in fact much more. The well-regarded Hosking (deputy director, Univ. of London's School of Slavonic ... Read full review

Geoffrey Alan Hosking, born April 28, 1942, in Troon, Ayrshire,Scotland, attended King's College, Cambridge, earning an M.A. and a Ph.D. He also attended St. Anthony's College, Oxford. He is professor of Russian history at the University of London, School of Slavonic and East European Studies. He has been a visiting lecturer in political science at the University of Wisconsin, Madison; a research fellow at Columbia University's Russian Institute; and a visiting professor at the University of Cologne Slaviches Institute. Hosking's works include The Russian Constitutional Experiment: Government and Duma,1907-14, Beyond Socialist Realism: Soviet Fiction since "Ivan Denisovich," and The First Socialist Society: A History of the Soviet Union from Within. 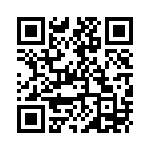