21 pages matching Haskell in this book

I have been interested in forensic science, particularly forensic pathology, since I was in about 7th grade (early '60s). I am endlessly fascinated with this subject. So I had high hopes for this book ... Read full review

Good for someone new to the subject of forensic science, but a little too basic for me. Also, some of the writing was a bit self-aggrandizing... ~Stephanie Read full review 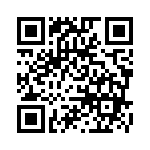