David Halberstam was born on April 10, 1934 in New York City and later attended Harvard University. After graduating in 1955, Halberstam worked at a small daily newspaper until he attained a position at the Nashville Tennessean. Halberstam has written over 20 books including The Children, a written account of his coverage of the Civil Rights Movement; The Best and Brightest, which was a bestseller; and The Game and October, 1964, both detailing his fascination of sports. Halberstam also won a Pulitzer Prize for his reports on the Vietnam War while working for the New York Times. He was killed in a car crash on April 23, 2007 at the age of 73. 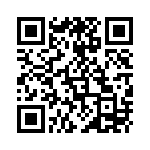