JAMES RENTON is Senior Lecturer in History at Edge Hill University, and an Honorary Research Fellow in the Department of Hebrew and Jewish Studies, University College London. 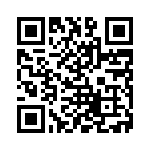