A child’s prank quickly grows into a deadly game.
A young boy, desperate to prove himself as a magician, secretly summons Bartimaeus, and compels the djinn to steal the Amulet of Samarkand. But powerful forces pursue the jewel, and the one who stole it. Anonymity offers some protection, but when his enemies draw near, the young boy will have no choice but to face the harsh consequences of his actions.
Vivid descriptions pull audiences right in, while implied questions create an atmosphere of intrigue. Who are these characters? What are they planning? Details double as characterization, offering vague clues, guiding audiences effortlessly through the first quarter of the story. Of course, it’s not all quiet conversations and covert plans. Once in a while things do go wrong, forcing characters to scramble in a whirlwind of crisp writing that left me hungry for more. But for the most part the story is dominated by witty dialogue that pokes fun at a character clearly out of his depth.
Sadly, the charm does not last. Characters cling to their defining feature, refusing to grow. In turn their goals and relationships remain stinted; forcing later scenes to echo the issues of their predecessors. The characters insist on repeating past mistakes, ignoring the underlying questions implied by the narrative. Descriptions and dialogue remain a cornerstone of the story, with the occasional true struggle to ramp up the tension. Bartimaeus makes a valiant effort to add some wry humor, but without strong character growth, or underlying ideas to engage the audience, the story is little more than an entertaining adventure.
+Strong Description
+Strong Pacing
*Underdeveloped Characters
*Underdeveloped Plot
-Weak second half
2.5/5

this book is great I love the magic feature and all that keep it up!

Jonathan Stroud, best selling fantasy fiction author, was born in Bedford, England on October 27, 1970. While growing up he experimented with different kinds of writing. He went on to read English Literature at York University. After graduation he worked in editing at Walker Books, in London and continued there for several years. His first novel, When Buried Fire, was published in 1999. In 2001 he began writing full-time. He is the author of the wildly popular Bartimaeus Sequence and Lockwood and Co, series. 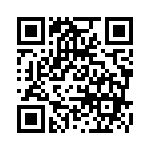