I found this book useful in writing a paper on First Century Judaism. It is well written and has a very useful index for finding information on specific subjects. Read full review

Shaye J. D. Cohen is Nathan Littauer Professor of Hebrew Literature and Philosophy in the Department of Near Eastern Languages and Civilizations at Harvard University. 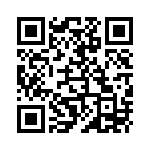