Page 5 - PACKER arrived at the agency alone having been out sixty -five days. . . .The fate of the missing men remained a mystery for several months, until the accidental discovery of the camp where the bodies were lying.
Appears in 2 books from 1952-2002 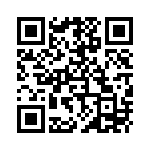