Kenneth N. Taylor (May 8, 1917 - June 10, 2005) was an American publisher and author, better known as the creator of the The Living Bible and the founder of Tyndale House, a Christian publishing company and Living Bibles International. Taylor completed high school in Oregon, and then enrolled at Wheaton College, graduating four years later as a pre-med student. From 1940-43 he attended Dallas Theological Seminary, completing his theological studies at Northern Baptist Theological Seminary in Chicago in 1946. Taylor was editor for His magazine, before became the director of Moody Press, and founding Tyndale House Publishers in 1963. Taylor began paraphrasing the New Testament Epistles on the train while commuting to Moody Press. The project took seven years to complete. Unable to find a publisher to print Living Letters, Taylor took out a loan for $2,000 and had it printed privately. It was not until Billy Graham recommended Living Letters from the pulpit that they became popular. The success of this first publication resulted in the founding of Tyndale House Publishers, the completion of the Living Bible, and the establishment of the Tyndale Foundation. he died on June 10, 2005 from heart failure. 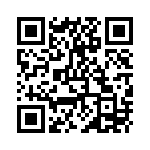