D. L. Gollnitz is an educator who spent many years in high school classrooms coaching young writers. Since earning a doctorate in education, she has worked in public school administration. She lives in the Midwest with her husband and enjoys the four seasons that inspire creativity. 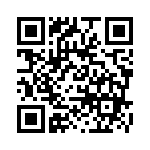