This helped me on my frustratingly hard homework. Explained things clearly, as well.

Paul S. Boyer, Merle Curti Professor of History Emeritus at the University of Wisconsin, Madison, earned his Ph.D. from Harvard University. An editor of NOTABLE AMERICAN WOMEN, 1607-1950 (1971), he also co-authored SALEM POSSESSED: THE SOCIAL ORIGINS OF WITCHCRAFT (1974), for which, with Stephen Nissenbaum, he received the John H. Dunning Prize of the American Historical Association. His other works include URBAN MASSES AND MORAL ORDER IN AMERICA, 1820-1920 (1978), BY THE BOMB'S EARLY LIGHT: AMERICAN THOUGHT AND CULTURE AT THE DAWN OF THE ATOMIC AGE (1985), WHEN TIME SHALL BE NO MORE: PROPHECY BELIEF IN MODERN AMERICAN CULTURE (1992), and PROMISES TO KEEP: THE UNITED STATES SINCE WORLD WAR II (3e, 2003). He is also editor-in-chief of the OXFORD COMPANION TO UNITED STATES HISTORY (2001). His articles and essays have appeared in the "American Quarterly," "New Republic," and other journals. He has been a visiting professor at the University of California, Los Angeles; Northwestern University; and the College of William and Mary.

Clifford E. Clark, Jr., M.A. and A.D. Hulings Professor of American Studies and professor of history at Carleton College, earned his Ph.D. from Harvard University. He has served as both the chair of the History Department and director of the American Studies program at Carleton. Clark is the author of HENRY WARD BEECHER: SPOKESMAN FOR A MIDDLE-CLASS AMERICA (1978), THE AMERICAN FAMILY HOME, 1800-1960 (1986), THE INTELLECTUAL AND CULTURAL HISTORY OF ANGLO-AMERICA SINCE 1789 in the GENERAL HISTORY OF THE AMERICAS SERIES, and, with Carol Zellie, NORTHFIELD: THE HISTORY AND ARCHITECTURE OF A COMMUNITY (1997). He also has edited and contributed to MINNESOTA IN A CENTURY OF CHANGE: THE STATE AND ITS PEOPLE SINCE 1900 (1989). A past member of the Council of the American Studies Association, Clark is active in the fields of material culture studies and historic preservation, and he serves on the Northfield, Minnesota, Historical Preservation Commission.

Sandra McNair Hawley received her Ph.D. from Case Western Reserve University. She co-authored the book GLOBAL POLITICS with Dean A. Minix and wrote numerous papers on US/Chinese relations, with a focus on popular culture portraits of Asia and their implications. She taught History at San Jacinto College for 18 years.

Joseph F. Kett, James Madison Professor of History at the University of Virginia, received his Ph.D. from Harvard University. His works include THE FORMATION OF THE AMERICAN MEDICAL PROFESSION: THE ROLE OF INSTITUTIONS, 1780-1860 (1968), RITES OF PASSAGE: ADOLESCENCE IN AMERICA, 1790-PRESENT (1977), THE PURSUIT OF KNOWLEDGE UNDER DIFFICULTIES: FROM SELF-IMPROVEMENT TO ADULT EDUCATION IN AMERICA, 1750-1990 (1994), and THE NEW DICTIONARY OF CULTURAL LITERACY (2002), of which he is co-author. A former History Department chair at Virginia, he also has participated on the Panel on Youth of the President's Science Advisory Committee, has served on the Board of Editors of the "History of Education Quarterly," and is a past member of the Council of the American Studies Association.

ANDREW RIESER, Professor of History at State University of New York, Dutchess Community College, received his Ph.D. from the University of Wisconsin-Madison. He coedited the Dictionary of American History (third edition, 2002) and coauthored both the sixth and seventh editions of the concise volumes of The Enduring Vision (2010, 2013). Dr. Rieser is the author of The Chautauqua Moment: Protestants, Progressives, and the Culture of Modern Liberalism (2003) and other articles, chapters, and reviews in the field of U.S. cultural and intellectual history. 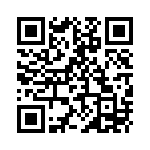