Lyndon H. Larouche, Jr. emerged, over the course of the 1970s and 1980s, to rank among the most controversial international political ﬁgures of his time. This controversy, which also features such related issues as his efforts to destroy the international drug traffic and his initiating role in formulating what President Ronald Reagan announced on March 23, 1983 as the “Strategic Defense Initiative (SDI),” is principally rooted not just in domestic U.S. issues, but also in global political-economic considerations.

The recent, fresh demonstration of his exceptional qualifications as a long-range economic forecaster, has placed LaRouche at the center of the presently erupting global systemic crisis of the world’s economy.

Both Lyndon LaRouche’s standing as an internationally known economist, and his exceptional successes as a long-range forecaster, are the outgrowths of his original discoveries of physical principle, dating from a project conducted during the 1948-1952 interval. These discoveries arose out of his opposition to Bertrand Russell devotee Professor Norbert Wiener’s efforts, as in the latter’s 1948 Cybernetics, to apply so-called “information theory” to communication of ideas. As part of that same project, he also opposed Russell devotee John von Neumann’s efforts to degrade real economic processes to solutions for systems of simultaneous linear inequalities.

The outcome of this project was LaRouche’s introduction of axiomatically non-linear notions of individual human cognition, explicitly, to that science of physical economy which had been first established by the relevant 1671-1716 work of Gottfried Leibniz. His own work located the determining, nonlinear factor in increase of society’s potential relative population-density in the relations exemplified by the role of the machine-tool principle in linking proof-of-principle experiments to the development of advanced designs of both products and productive processes.

In his subsequent search for a metrical standard for this treatment of the functional role of cognition, he adopted the Leibniz-Gauss-Riemann standpoint, as represented by Bernhard Riemann’s 1854 habilitation dissertation. Hence, the employment of Riemannian conceptions to LaRouche’s own discoveries became known as the LaRouche-Riemann Method. 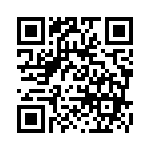