Andrew Cook is a critically acclaimed historian and the author. He is the historical consultant for the Channel Five Jack The Ripper - Tabloid Myth documentary (in the hugely popular Revealed strand) being broadcast in May 2009. He has also been presenter and historical consultant on a number of sucessful Channel 4 documentaries including Prince Eddy: The King We Never Had, Three Kings at War and Who Killed Rasputin? in the BBC Timewatch strand. His other books include Ace of Spies ('A myth-shattering tour de force' SIMON SEBAG MONTEFIORE; 'Makes poor 007 look like a bit of a wuss' THE MAIL ON SUNDAY), M: MI5's First Spymaster ('A brilliantly researched biography' STELLA RIMINGTON; 'Serious spook-history' ANDREW ROBERTS) and To Kill Rasputin ('If you thought you knew how Rasputin met his end and who was responsible, think again' ANDREW ROBERTS). He lives in Bedfordshire. 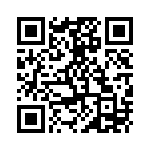