I read this in 2009 and it was my first Hardy. I really liked it. I guess it was his last novel. The main character, Jude, wants to be a scholar. The other character is Sue, his cousin and his love. The novel is concerned with issues of class, education, religion, morality and marriage. Read full review

Tragic, heartbreaking. Either the last great novel of the 19th Century, or the first modern novel. I have not read this book in over 30 years, but my heart aches every time I think about it. Read full review

Patricia Ingham is Fellow and Senior Tutor in English at St. Anne's College, Oxford, and Times Lecturer in English Language. 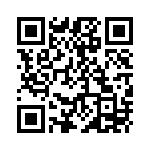