Tom Wolfe may dress up like Mark Twain, but Tom Wolfe’s a sheep in Twain’s clothing. That said, Tom Wolfe — in Hooking Up — gives a riotous performance. From Silicon Valley to the halls of the ... Read full review

Impossible for me to review Tom Wolfe because he is my gold standard. A little book packed full of pertinent golden nuggets. Timeless and yet amazing that it was published in 2000. Love him! Read full review

Tom Wolfe (1930-2018) was one of the founders of the New Journalism movement and the author of such contemporary classics as The Electric Kool-Aid Acid Test, The Right Stuff, and Radical Chic & Mau-Mauing the Flak Catchers, as well as the novels The Bonfire of the Vanities, A Man in Full, and I Am Charlotte Simmons. As a reporter, he wrote articles for The Washington Post, the New York Herald Tribune, Esquire, and New York magazine, and is credited with coining the term, “The Me Decade.” 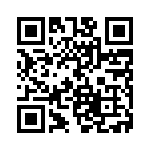