Oh my goodness! This is now one of my favorite books! I've been meaning to read it for a while, but I wasn't sure if I would like it. This is one of the rare cases in which I watched the movie before ... Read full review

It’s much more dreamlike than I was expecting, in a similar vein to Patricia A. McKillip’s fantasy. I was emotionally invested only in flickers and bursts, but I appreciated the way it plays with, and ... Read full review

Peter S. Beagle was born in 1939 and raised in the Bronx, just a few blocks from Woodlawn Cemetery, the inspiration for his first novel, A Fine and Private Place. Today, thanks to classic works such as The Last Unicorn, Tamsin, and The Innkeeper's Song, he is acknowledged as America's greatest living fantasy auth∨ and his dazzling abilities with language, characters, and magical storytelling have earned him many millions of fans around the world.

In addition to stories and novels Beagle has written numerous teleplays and screenplays, including the animated versions of The Lord of the Rings and The Last Unicorn, plus the fan-favorite "Sarek" episode of Star Trek: The Next Generation. His nonfiction book I See By My Outfit, which recounts a 1963 journey across America on motor scooter, is considered a classic of American travel writing; and he is also a gifted poet, lyricist, and singer/songwriter. 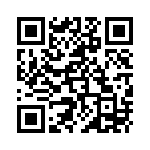