David Sheff's articles and interviews have appeared in Playboy, The New York Times Magazine, Rolling Stone, Wired, Outside, The Los Angeles Times Magazine, Esquire and Observer Magazine in England, Foreign Literature in Russia and Playboy (Shueisha) in Japan. He also writes for and is West Coast editor of Yahoo! Internet Life magazine.

Other interviews, including those with Ansel Adams, nuclear physicist Ted Taylor, Gore Vidal, Steve Jobs, Tom Hanks, Scott Peck, Betty Friedan, and Keith Haring, received wide recognition, as did his "Portrait of a Generation" in Rolling Stone. His radio documentaries for National Public Radio on John Steinbeck's The Grapes of Wrath and Harper Lee's To Kill a Mockingbird won several awards.

When it first appeared in 1981, Sheff's "The Playboy Interviews With John Lennon and Yoko Ono," which has been described as "historic," "compelling and compassionate" and "definitive," was a Literary Guild selection. 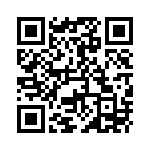