The 2nd of the B’s and the 5th book in the Challenge. This was the 1st genuine ‘childrens’ book that was recommended. Even as a book for children The Wonderful Wizard of Oz is a short book, at just ... Read full review

nice cheap version of a classic

This little paperback contains some of the original illustrations. It is small light and portable. I have a nice hardcover but was looking for one that I could throw in my handbag. This does the job. Read full review

Best known as the author of the Wizard of Oz series, Lyman Frank Baum was born on May 15, 1856, in New York. When Baum was a young man, his father, who had made a fortune in oil, gave him several theaters in New York and Pennsylvania to manage. Eventually, Baum had his first taste of success as a writer when he staged The Maid of Arran, a melodrama he had written and scored. Married in 1882 to Maud Gage, whose mother was an influential suffragette, the two had four sons. Baum often entertained his children with nursery rhymes and in 1897 published a compilation titled Mother Goose in Prose, which was illustrated by Maxfield Parrish. The project was followed by three other picture books of rhymes, illustrated by William Wallace Denslow. The success of the nursery rhymes persuaded Baum to craft a novel out of one of the stories, which he titled The Wonderful Wizard of Oz. Some critics have suggested that Baum modeled the character of the Wizard on himself. Other books for children followed the original Oz book, and Baum continued to produce the popular Oz books until his death in 1919. The series was so popular that after Baum's death and by special arrangement, Oz books continued to be written for the series by other authors. Glinda of Oz, the last Oz book that Baum wrote, was published in 1920. 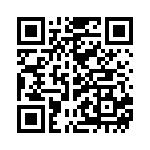