The king's reformation: Henry VIII and the remaking of the English church

Bernard (history, Univ. of Southampton, England; Power and Politics in Tudor England ) calls into question the view long held by historians that Henry VIII was a weak king manipulated by his ... Read full review

An extremely well-written and exhaustive summary of the Reformation in England. This tome has been thoroughly well-researched and can be considered a key text in the study of the reformation. I cannot award it 5 stars as I am at odds with some of Bernard's points considering the religious nature of resistance to the Reformation. I believe he neglects key parts of the articles forwarded at the Lincolnshire rebellion and does not give enough credit to the political maneuverability of key figures such as Robert Aske in defining the secular motivations behind the rebellions.

G.W. Bernard is professor of early modern history at the University of Southampton. His books include Power and Politics in Tudor England. 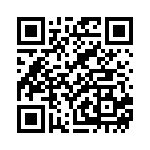