What an outstanding novel!! I loved this story, and fell completely in love with (most of) these characters. I've known about much of the things that happened in the media, at this time. But since we ... Read full review

This is a book written in the early days of the civil right movement in America. It concerns three main characters, Miss Skeeter, Aibileen & Minny. Skeeter sells the idea of a book about the way that ... Read full review

Kathryn Stockett was born in 1969 in Mississippi. She graduated from the University of Alabama with a degree in English and Creative Writing. She soon got a job in magazine marketing and publishing in New York City. She became famous in 2009 with her debut novel, The Help. Her book tells the story of African-American Maids working in white households in Jackson Mississippi during the 1960's. It sold over ten million copies and spent more than 100 weeks on The New York Times Best Seller List. 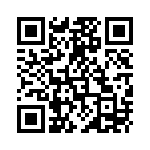