Edward Emil David Jr. was born in Wilmington, North Carolina on January 25, 1925. During World War II, he served in the Navy. He received a bachelor of science degree in electrical engineering from the Georgia Institute of Technology in 1945 and a master's degree and a doctorate from the Massachusetts Institute of Technology, where he specialized in microwaves and noise theory. He worked at Bell Telephone Laboratories from 1950 until his presidential appointment in 1970. He was the director of the federal Office of Science and Technology under President Richard M. Nixon for 28 months. He left government for Gould Inc. and was president of the Exxon Research and Engineering Company from 1977 to 1986. He wrote several books during his lifetime. He died on February 13, 2017 at the age of 92. 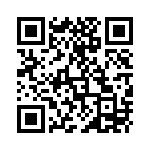