Bernard Hoose lectures in Christian Ethics at Heythrop College, University of London, UK. His publications include Proportionalism: The American Debate and its European Roots, (Georgetown University Press) 1987, Received Wisdom? Reviewing the Role of Tradition in Christian Ethics (Geoffrey Chapman, 1994). He is editor of Christian Ethics: An Introduction (Cassell, 1998), Authority in the Roman Catholic Church (Ashgate, 2002) and Authority in Roman Catholicism (Matthew James, 2002). He presently serves on the Theology Commission of Caritas-Social Action. Julie Clague is a lecturer in Catholic theology in the University of Glasgow. She has written numerous articles and has been co-editor of the journal Feminist Theology" since 1993. She has also been co-editor of the journal Political Theology" since 2005. She serves on the steering committee of the American Academy of Religion: Ecclesiological Investigations Programme unit, and is an elected member of the Niebuhr Society. Dr. Clague is also a founder member of the International Association for Catholic Social Thought, and a member of the Theological Commission of the Catholic Bishops' Conference of England and Wales agency, Caritas-Social Action. Additionally, she works as a theologian with the Catholic international aid agencies CAFOD and SCIAF and serves on the theological panel of the Centre for Theology and Public Issues at Edinburgh University. Dr. Clague is also the Chairperson of the Ethics Committee of the Assisted Conception Service of Greater Glasgow NHS Trust.

Gerard Mannion is Director of the Centre for Catholic Thought and Culture and Professor of Theology and Religious Studies at the University of San Diego, USA. 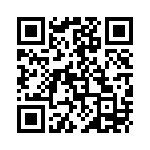