Judy Schneider is a specialist on Congress at the Congressional Research Service, a department of the Library of Congress, and an adjunct scholar at The Brookings Institution. She worked previously for Senate and House committees, including the Senate Select Committee to Study the Senate Committee System. Ms. Schneider was selected as a Stennis Fellow for the 108th Congress, and received the Women in Government Relations Distinguished Member Award in 2004. Ms. Schneider is a frequent speaker and lecturer on Congress and legislative procedures. She holds bachelor's and master's degrees from The American University.

Michael L. Koempel is a senior specialist in American national government at the Congressional Research Service, a department of the Library of Congress. He worked previously for Congressional Quarterly Inc., and on the staffs of a U.S. representative and a state governor. Mr. Koempel holds a bachelor's degree from Georgetown University and a law degree from The Catholic University of America, and is admitted to practice law in the District of Columbia.

Chapter 7
Robert Keith, who worked at the Congressional Research Service from 1974-2010, was a specialist in American national government. He specialized in legislative procedure and the federal budget process, focusing particularly on the development and consideration of budget resolutions, reconciliation bills, authorization and appropriations acts, revenue and debt-limit legislation, and proposals to change the budget process. He now consults on the budget process and other issues of federal governance.

The views expressed in this book are those of the individual authors. They do not represent the views of their employers or of TheCapitol.Net. 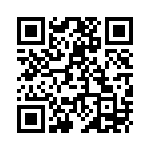