10 pages matching Furbank in this book

Born in Ipswich and educated at Alleyn's School, Dulwich, and Dulwich College, novelist and critic V. S. Pritchett worked in the leather trade and later as a commercial traveler and shop assistant. After World War II, he was literary editor of the New Statesman and Nation and has frequently contributed to American periodicals and the N.Y. Times Book Review. He is a distinguished short story writer who has often appeared in the New Yorker. Pritchett has also collaborated with the photographer Evelyn Hofer on three charming and excellent portraits of London, New York, and Dublin. Pritchett, who has been lauded for his fine literary criticism, has also written about many other writers. He received numerous awards including the 1969 Heinemann Award, the 1974 PEN Award, the 1990 W. H. Smith Literary Award, and the 1993 Golden Pen Award. He died from a stroke on March 20, 1997. 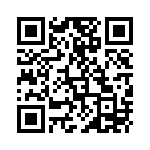