Doris Kearns Goodwin was born in Brooklyn, New York on January 4, 1943. She received a bachelor of arts degree from Colby College in 1964 and a Ph.D. in government from Harvard University in 1968. She taught at Harvard University and worked as an assistant to President Lyndon Johnson during his last year in the White House. She has written numerous books including The Fitzgeralds and the Kennedys, Lyndon Johnson and the American Dream, Wait Till Next Year, and The Bully Pulpit: Theodore Roosevelt, William Howard Taft, and the Golden Age of Journalism, and Leadership: In Turbulent Times. She has received numerous awards including Pulitzer Prize in history, the Harold Washington Literary Award, the Ambassador Book Award for No Ordinary Time: Franklin and Eleanor Roosevelt: The Home Front in World War II, and the Lincoln Prize and the Book Prize for American History for Team of Rivals: The Political Genius of Abraham Lincoln. 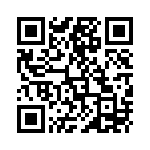