DR. PIERRE BARBET (1884-1961) was a French specialist in archeology and Scriptural studies, as well as a physician and the chief surgeon at Saint Joseph’s Hospital in Paris. A Catholic doctor, he undertook extensive research for this work in many fields, from the theological writings of antiquity to the latest technological discoveries.

Starting in 1931, by performing various experiments, Barbet introduced a set of theories on the Crucifixion of Jesus, culminating in his long study titled A Doctor at Calvary. It was published as a book in 1950 and describes his hypothesis—based on his experience as a battlefield surgeon during World War I—that the image on the Shroud of Turin was authentic, anatomically correct and consistent with crucifixion.

WILLIAM CECIL JAMES PHILIP JOHN PAUL HOWARD, 8TH EARL OF WICKLOW (30 October 1902 - 8 February 1978), known as Lord Clonmore until succeeding his father to the Earldom in 1946, was an Anglo-Irish peer. Born in 1902 as the only child of Ralph Howard, 7th Earl of Wicklow, and the Countess of Wicklow, formerly Lady Gladys Mary Hamilton, his maternal grandparents were the 2nd Duke of Abercorn and Lady Mary Anna Curzon-Howe. He was first educated at Wixenford and graduated to enter the Royal Naval College, Osborne, in May 1916, but instead proceeded to Eton College before Magdalen College, Oxford, and St Stephen’s House, Oxford. He was ordained a deacon and priest of the Church of England. He worked for the Magdalen Mission at St Mary’s Church in Somers Town and converted to Roman Catholicism in 1932, thereafter living as a layman. During the Second World War he was commissioned into the Royal Fusiliers and rose to the rank of Captain. In 1946 he succeeded his father as Earl of Wicklow. In the 1950s he wrote on religious subjects and was also active as a translator. He married Eleanor Butler in 1959. The Earl of Wicklow died in 1978. 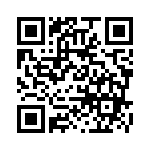