Gregory Rabassa was born in Yonkers, New York on March 9, 1922. He received a bachelor's degree in romance languages from Dartmouth College. During World War II, he served as a cryptographer. After the war, he received a doctorate from Columbia University and translated Spanish and Portuguese language works for the magazine Odyssey. He taught for over two decades at Columbia University before accepting a position at Queens College. He was a literary translator from Spanish and Portuguese to English. He would translate a book as he read it for the first time. He translated Gabriel Garcia Marquez's One Hundred Years of Solitude and The Autumn of the Patriarch, Mario Vargas Llosa's Conversation in the Cathedral, and Jorge Amado's Captains of the Sand. Rabassa received a National Book Award for Translation in 1967 for his version of Julio Cortázar's Hopscotch. In 2001, Rabassa received a lifetime achievement award from the PEN American Center for contributions to Hispanic literature. In 2006, he received a National Medal of Arts for translations which "continue to enhance our cultural understanding and enrich our lives." He wrote a memoir detailing his experiences as a translator entitled If This Be Treason: Translation and Its Dyscontents. He died after a brief illness on June 13, 2016 at the age of 94. 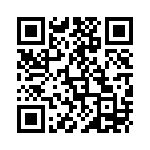