A fascinating insight into the world of music publishing with the added interest of the Beatles. A really good read, especially if you like number crunching. Read full review

Brian Southall is a music journalist and record business consultant. He is also the the editor of the "Complete Beatles Recording Sessions "and the author of "Abbey Road: The Story of the World's Most Famous Recording Studios," "The A-Z of Record Labels," and "Sex Pistols, 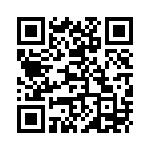