I purchased The Beatles Anthology in the hardcover version for our daughter.She enjoys it very much and keeps it on her cocktail table. It is a beautiful wellwritten book with lots of great Beatle photos. Read full review 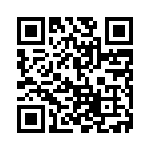