Michael Southworth is professor of city design and planning at the University of California, Berkeley.

Eran Ben-Joseph is assistant professor of landscape architecture and planning at the Massachusetts Institute of Technology. 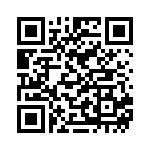