Georg Simmel, a German sociologist, was a brilliant scholar who wrote about many aspects of human existence but never developed a systematic theory. He lectured at Berlin University for many years but was never given a permanent position because of his Jewish origins, his nonprofessorial brilliance, and what some took to be his destructive intellectual attitude. He is remembered in the United States for a number of insightful essays on such topics as the social role of the stranger and the nature of group affiliation. His book on conflict formed the basis of Lewis A. Coser's The Functions of Social Conflict, one of the classics of American sociology. 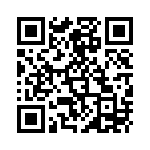