Jos Arrillaga is a very experienced author, now an Emeritus Professor from the Department of Electrical and Computer Engineering at the University of Canterbury, New Zealand. He has written 10 books, including 5 for Wiley on the topic of electrical power systems, such as "Power System Harmonics, 2nd Edition" (Wiley, 2003), "Computer Modelling of Electrical Power Systems 2nd Edition" (Wiley 2001) and "High Voltage Direct Current Transmission" (IEE, 1998). He has also written over 350 journal and conference papers. During the course of his career he has supervised around 50 PhD and 60 MSc/ME theses, most of them on the subject of high voltage direct current (HVDC) transmission, and he has also participated and convened several working groups. In 1997 he was awarded the Uno Lamm medal for outstanding contributions to HVDC transmission and he was in the New Years Honours list as a member of the New Zealand order of Merit. 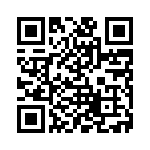